Planning your syllabus or schedule for high school-level or Advanced Placement American lit? These classics are still relevant today, whether it be psychologically or emotionally for the typical high schooler, or socially and politically current. There’s nothing like a little connection to modern day to get the class discussions going!

1. The Crucible by Arthur Miller

“Until an hour before the Devil fell, God thought him beautiful in Heaven.”

Three girls pretend to be victims of witchcraft in Salem, 1692, and the witch hunt begins. It’s a story filled with love, betrayal, hysteria, and guilt, giving us a glimpse into what happens when socially sanctioned violence is unleashed and abused.

Why it’s still worth reading: The Crucible challenges preconceived notions of who we are and who we are supposed to be, perfect as high schoolers begin to discover themselves. Also, it was written as a response to McCarthyism; making accusations without regard for any evidence.

“Talk of the abuses of slavery! Humbug! The thing itself is the essence of all abuse!”

Uncle Tom’s Cabin is the manifesto for anti-slavery sentiments, earning a place in both literary and American history.

Why it’s still worth reading: Abraham Lincoln credited this book with bringing about the Civil War and it was known to change the minds of those who believed in slavery.

3. A Tree Grows in Brooklyn by Betty Smith “Look at everything always as though you were seeing it either for the first or last time: Thus is your time on earth filled with glory.”

Follow sweet and lovable Francie as she faces the horrors of life in the slums of Williamsburg in the early 20th century, hoping not just to survive, but to thrive.

Why it’s still worth reading: In the most beautiful of ways, Betty Smith reminds us that life is not fair. The hope and joy comes from the fact that we can defy hardship and grow in the hardest of circumstances, if only we chose to grow.

“Freeing yourself was one thing, claiming ownership of that freed self was another.”

Escaping slavery is just the beginning for Sethe and her family. Eighteen years later, she is still not free, with her past haunting her, taking human form.

Why it’s still worth reading: Morrison presents a realistic view of what it was like to be a slave, and, more importantly, the lasting effects that slavery has on the African-American community.

5. Go Tell It on the Mountain by James Baldwin

“The rebirth of the soul is perpetual; only rebirth every hour could stay the hand of Satan.”

James Baldwin writes a semi-autobiographical story of the son of a minister in Harlem. The family suffers under their patriarchal fanatic of a father as they try to find their own religion by their own means.

Why it’s still worth reading: The main character’s spiritual, sexual, and moral struggle of self-invention showcases everyone’s ability to turn struggles into new and exciting possibilities.

6. Their Eyes Were Watching God by Zora Neale Hurston

“Love is like the sea. It’s a moving thing, but still and all, it takes its shape from the shore it meets, and it’s different with every shore.”

When Janie, a black sixteen-year-old in Florida, is caught kissing Johnny Taylor, she is quickly married off to an old man with sixty acres. This is the story of endurance and finding love in a way you would least expect it.

Why it’s still worth reading: Hurston not only highlights the racial problems between blacks and whites, but she also shows the problems and hindrances present within her own community and the limitations they face.

“The sale of souls to gain the whole world is completely voluntary and almost unanimous… but not quite.”

Cannery Row does not have a plot; it works to capture the feeling of the cannery district of Monterey, California, a town that suffers from being at the bottom of the American pyramid; the question is whether there is any hope left for those in Cannery Row.

Why it’s still worth reading: Steinbeck’s simple metaphor of living at the bottom of the American hill, and all the struggles and pain that come with this burden, lives on in its relevance all the way to today.

“What is straight? A line can be straight, or a street, but the human heart, oh, no, it’s curved like a road through mountains.”

Tennessee Williams touches on war, sex, racism, the south, the rise of industrial America, and the aftershocks of war, among many other harsh themes, in this simple story of a woman who comes to live with her sister and abusive brother-in-law.

Why it’s still worth reading: The rise of the military industrial complex that came after World War II effects everything and everyone in the play, and we are still feeling those aftershocks today.

9. The Catcher in the Rye by J.D. Salinger 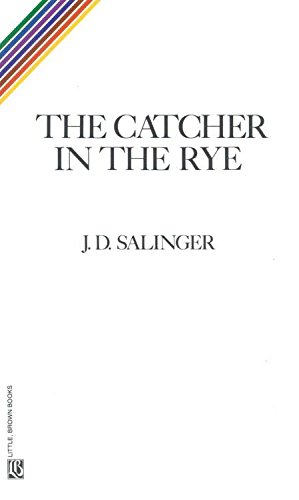 “Don’t ever tell anybody anything. If you do, you start missing everybody.”

The tragedy of Holden Caulfield lies in his inability to take the leap into adulthood like everyone else. He keeps the pain inside and is the epitome of teenage angst and alienation.

Why it’s still worth reading: Regardless of whether you love Holden or hate him, this story is relatable to everyone who had a childhood and felt the pressure from the world, like Holden, to let go. So… everyone.

“See the world. It’s more fantastic than any dream made or paid for in factories. Ask for no guarantees, ask for no security.”

Follow the story of a fireman, Guy Montag. No, not that type of a fireman. This kind is hired by the government to burn books for a living. And that’s only the first page.

Why it’s still worth reading: Bradbury watched America become obsessed with television and various modes of entertainment other than books. And what he saw and feared back then is nothing compared to the technologically-crazed society we live in today.

Michael is an Editorial Intern for weareteachers.com and a Junior English major at Saint Joseph's University. He loves to read (as every English major must) and run (because, sadly, it's not healthy to sit around and read books all day).